I am no art critic but the new mural in Chicago’s Paseo Boricua in the Humboldt Park neighborhood is beyond captivating to the eye.  While driving on Division street with my friend Raquel from boriquachicks.com, we could not help to notice the colossal image of a black woman Bomba dancing to the beat of an African drum taking center stage of the wall.

Loving all things Afro-Latino, we parked and began to take pictures of such impressive mural. And although there are many amazing murals in Paseo Boricua, there was something very special about having an image representing the African descendants of Puerto Rico take the leading space of the piece because it is often times shadowed by the other ethnicities that make up the Puerto Rican community.  It was beyond impressive.

While admiring the mural, a young man comes over to ask us if we would be interested in volunteering painting to finalize the mural. After chats and laughs we realize that he is in fact Puerto Rican muralist Cristián Roldán and Program Director of the Conuco Urban Agriculture Program at the Puerto Rican Cultural Center. Very humbly, Cristián gave us a detailed description of the mural. If we were amazed before he walked over, now we were in complete awe. He shared how the mural expressed a timeline of key historical moments in the history of Puerto Ricans. It is a mural to remember.

This mural is a striking way of using an array of colorful images that express oppression and resistance faced by the Puerto Rican community from the moment the Spanish conquistadors stepped foot on the island to the Division street Riots in 1966.The mural on the corner of Division street and Washtenaw is a must see and maybe one of THE reasons to attend this year’s Fiesta Boricua.

Check out the video of Cristián J. Roldán sharing about the mural on my facebook page AfroLatina Natural

For information on tickets go to http://www.chicagoevents.com/event.cfm?eid=279 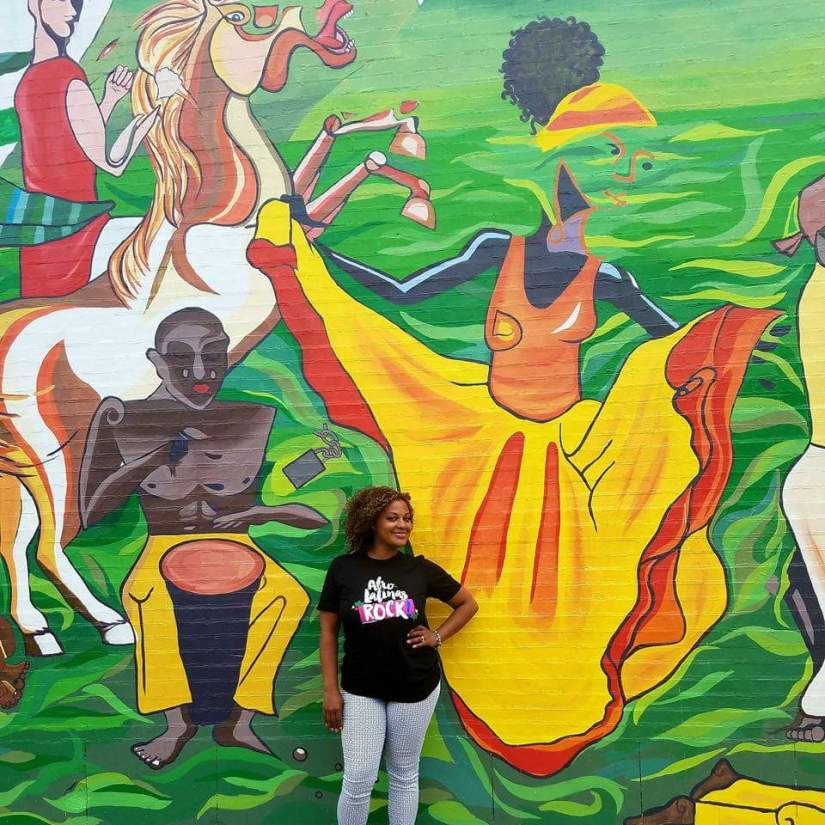 View all posts by afrolatinanatural

2 thoughts on “A mural to remember”